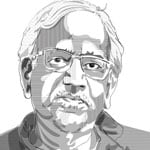 Sobhandeb Chattopadhyay is a TMC candidate from Bhabanipur constituency in the 2021 West Bengal Assembly elections. His profession according to the election affidavit filed with the Election Commission is: Social Worker. Sobhandeb Chattopadhyay's educational qualifications are: Graduate Professional and is 77 years old.

This TMC candidate, in the election affidavit mentioned 0 criminal cases registered against him.

159. Bhabanipur is an Assembly/Vidhan Sabha seat in Greater Kolkata region and Kolkata district of West Bengal.

This General Assembly constituency has an estimated Scheduled Caste population of 3.5%. The estimated literacy level of the district in which this constituency falls in is 87.14%.

The electorate gender ratio in Bhabanipur in 2021 is 856.

Among the first-time voters in 2021 in Bhabanipur, there are a total of voters in the 18-19 years age group.